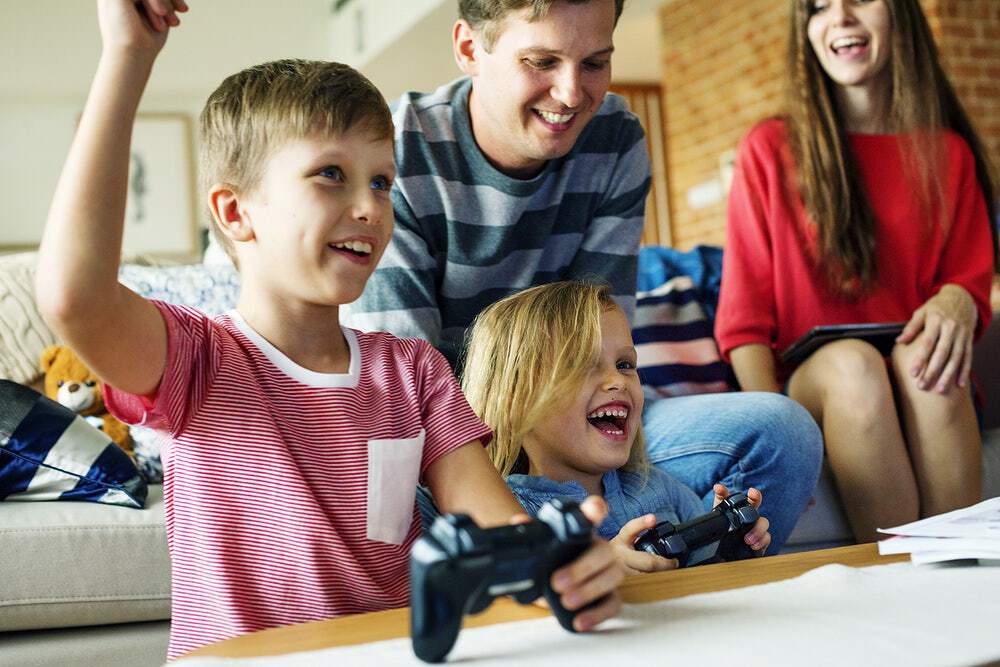 Exercise & Games > Positive Effects of Games on a Child

Published at 7 September, 2020 By Sidq Ahmad

Positive Effects of Games on a Child

Playing video games is one of the most entertaining activities where you can get to engage and play with video games for a fun playtime routine. Video games bring positive and negative impacts on children and many parents raise concerns regarding the duration and the content of video games shown. What do you think when it comes to your child playing games? About 60 % of parents would answer ” doesn’t it harms our children “, ” is my child addicted to games ?”. This image is created in our heads through influences.

Mostly on social media, there is a strong image of how games affect a child negatively. However, it is a fact that every image has two perspectives. Games may affect a child negatively if they are played over the limit. A healthy amount of playing shows a real positive influence and describes how the effects of games can be positive as well. If you feel that you have a negative impact of games, luckily there are positive effects of games on a child.

THE 7 MOST POSITIVE EFFECTS OF GAMES

A child learns well through games rather than books. This is because most children find games as a leisure activity. Naturally, they would pay more attention to games rather than books because they build in their brains that gaming is fun. Although, the effects of games aren’t always healthy if a parent doesn’t keep an eye on their child’s activity. We have gathered some fact-based effects that show how games bring a positive effect on children.

In a game, we often go through repeated scenarios where it improves the memory to search better. A child is more interested to find out where an apple is or which number comes after 2. Instead of learning them off by heart. Finding and matching games allows a child to think of a solution. These effects of games are highly beneficial for a child to struggle their way out for answers in education. It prepares them for exams question.

Not every child is social or extrovert. Every human is different. It is natural to engage less in conversations as it depends on personalities as well as background. Thus, if you have been trying hard for your child to have many friends in school. Worry a little less, your child plays a game, when they find anyone with a similar interest they are more likely to engage with them. Moreover, people who play games build stronger friendships than non-player. As gamers interact over social media through games, it makes them not only close but also develops respect and interest in different cultures.

A game highly requires an instant response. Thus, a child is supposed to make a decision faster. This type of effect of games causes a child to have good decision-making skills. They can comprehend and overcome any anxious thoughts that will mislead them. A non-gamer child will get confused faster than a child who plays games. It has a positive effect on theses children in the future too, aiding their respective careers.

Multi-tasking is common in games. If you have seen a gamer playing notice how they look and their hands move automatically. Hence, such type of coordination plays a vital role in career paths like surgeons and pilots. A child playing games requiring hand and eye movements, work instinctively. As their decision-making power is strong. Thus, it coordinates with their hand and eye movements.

These were some most positive effects of games searched and proved by theories. Also if you find games negative. Try playing with your child to assess them from your view, as a parent knows best for their kids. It will be a healthy family time. Also, an important lesson of teamwork will be imprinted in your child’s head.

A LITTLE GIFT FOR YOU. DOWNLOAD NOW ON IOS AND ANDROID.